Everyone loves a good comeback story. What’s your story?

Maybe your shoulder problem is from years of physical labor instead of throwing passes. Maybe your knee injury has less to do with running bases than chasing your kids. Either way, the same physicians who treat world champion athletes will treat you with the same world-class approach to care.

Here are some of their comeback stories. 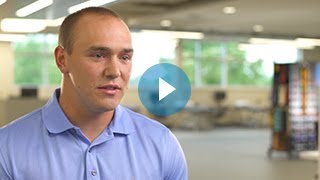 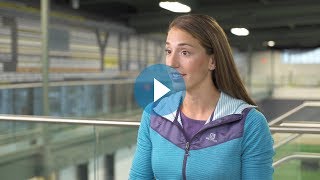 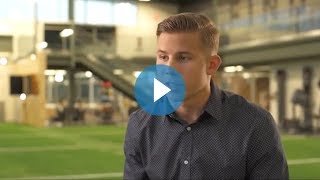 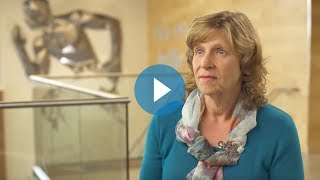 After 37 seasons, 244 games won, 17 conference championships, and 21 consecutive state playoff appearances, Joe Reddinger stepped down as head coach of the North Dickinson High School football team, the Nordics. He also decided it was time for a new knee. Having always considered himself a distance runner, it had gotten to the point where he couldn’t even walk. And even with his retirement from football, he hadn’t stopped refereeing basketball.

Joe chose Bellin because of their reputation. “After the surgery, I asked my doctor if I would be able to begin reffing again in December. He said no. And that was all I needed to hear. After every therapy session, I would go home and do double of what I had just done at the hospital.” That was in September of 2013 and by that December he was back to reffing basketball.

Today, Joe is still reffing basketball. And participating in 5Ks. And walking three miles every morning. He has since traded in his Friday night lights for dinners out with his wife and traveling across the country to fulfill his new goal of taking in one Big Ten football game a year. Sarah Baierl and her sisters have been playing soccer since the age of four. The backyard was their first playing field. The competition among them kept them close. Sarah plays goalie. “My older sister played goalie too, so of course, I wanted to be better than her.” Every record her older sister set, Sarah broke.

Then in the summer of 2009, Sarah tore her ACL in a 3-on-3 soccer tournament. In the summer of 2012, she tore her second. Several surgeries, two grafts and a screw replacement later, Sarah knew she had a support team in her mother and sisters, but she also had herself. Setting up a makeshift gym in her basement, Sarah began a disciplined system of therapy. Every day.

Sarah knew her goal. Despite every injury, she still managed to finish each playing season for the rest of her college career. What’s your goal? Sarah knew hers and she met it. Head on. Competiveness. Resilence. Confidence. These are the things Taylor Schmidt attributes to being an athlete. She says, “I’m no follower.” With her dad and her uncle as her coaches, Taylor began playing basketball in the 1st grade. It’s her game. Playing throughout junior high and high school, she was 30 seconds into her junior year conference game where she tore her ACL as she was driving to the basket.

When i first came to Bellin, my doctor asked me numerous questions about what was most important to me. It was then I knew my doctor cared about my whole life and not just my injury.

Taylor knew her doctors and the team at Bellin believed in her. “And I knew the next time I stepped out on that court… I would be okay.”